Image is an amazing thing. Virtually every company around the world invests time and money on marketing, the science of presenting their products in a positive and enticing way to consumers. Companies know they have struck gold when they create an icon. It doesn’t happen overnight, but when it takes hold, it grows into something special, something that doesn’t need words anymore, just an image.

Ford Motor Company struck that gold mine in 1964 when it introduced the Mustang. They created an image and while they have stumbled a few times over the years, they have stayed true to its heritage…until now.

The new “mustang” Mach-E is the Ford effort to make a splash in the EV market. In a play to draw attention away from Tesla, Ford banked on their most iconic image to get noticed. Many therapists will say bad attention is better than no attention at all, and that might be true for a start, but it tends not to end well.

The biggest mistake Ford has made is straying from the path they created. The Mustang has forever been a coupe or convertible and even their less than stellar versions have still held true to those parameters. Now they have decided to diverge into the ever-more-muddy, quicksand area called SUVs or Crossovers.

Let’s set aside for a moment that the USA is the only country so obsessed with this trendy mania. By calling their new model a “mustang” they declare all of their other models in this arena irrelevant, which is a surprise since the Ford Explorer has long been regarded as the first vanguard of the segment. The Escape is the 2nd best seller the company has behind the F-150, yet both of those models simply weren’t good enough.

A recently released twenty minute video showcases how pitifully inept they are at their own game. With an EV project far into development but without purposeful direction, one buffoon pitches the idea of “What if it were a mustang?” This idea then spread like an infection, fed by the lazy impotency of looking at their own history for guidance.

Many have already tried to defend this action with the response, “It’s only a name! What’s the big deal?” Tell that to anyone successful in marketing and watch them laugh. There are a few examples to the contrary…

Porsche recently developed a performance-oriented sedan that began life as the “Mission-E” but came to production as the Taycan. Maybe a bit of strange name, but it echoes its relatives Cayenne and Macan without treading on them. 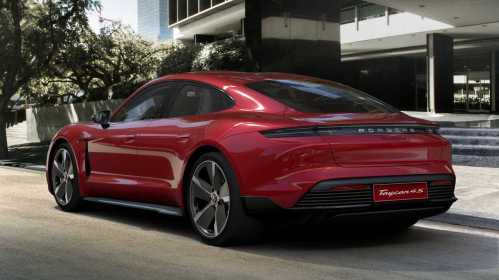 The Taycan turned out to be a handsome, dare I say sexy looking machine. Now, let’s be fair, does it steal some styling cues from their legendary 911? I would say, absolutely! But Porsche was smart enough NOT to try and market the car as 911-E…because they aren’t stupid. You can win people or lose them over the simplest of actions. Porsche also learned valuable lessons recently by tweaking an existing design to make it both useful and appealing. The Panamera had long been haunted by complaints of homely looks but a “Turismo” version finally helped it find a place that works. This design tweak could easily be applied to the Taycan.

Jaguar also recently entered the EV market with the I-Pace… 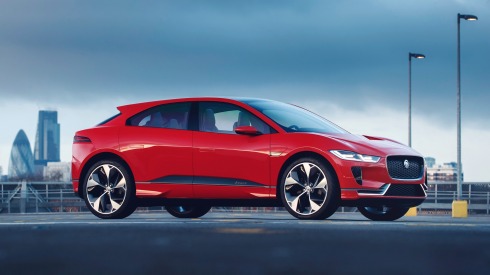 Once again we find a sporty design that still offers utility without smacking of SUV. While the I-Pace name is a touch corny, it stays in trend with other models F-Pace and E-Pace. The I-Pace sacrifices some range in the name of performance but it also looks more mainstream both inside and out. While distinctly being a Jaguar, one need not see a leaping cat badge to know its lineage and again, they weren’t stupid enough to call it F-Type or E-Type.

Now there are those who sling the accusation that we aren’t willing to look toward the future. Yes, there are some purists who feel the Mustang should never be anything but a V8-powered musclecar. But I think the vast majority of those protesting the use of the Mustang name aren’t up in arms about the aspect of EV, its about the misnomer of style.

The term benchmarking has been around the car industry for decades and never has it been more fitting, and more absent, than with the Mach-E. The examples of style count for everything where Mustang is concerned. For example, how much different would the Mach-E have been if the benchmark was the Ferrari Lusso?

Here is a car with true seating for four adults, good carry space including fold-down back seats, a rear hatch and sexy good looks, not to mention potent performance. The length of the hood is dictated by the V12 engine and forward drive unit. Designers could easily have altered the hood length, kept the sleek profile and increased rear seat or carry space in the process. Some examples of how this might have turned out have been rendered by various artists…

Still distinctively Mustang and true to the sporting heritage while being more user-friendly. But some will say, “Why can’t it be four doors?” That is where you start to stray off the path, but for entertainment sake, there is this… 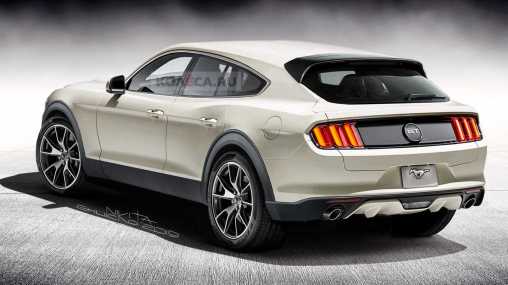 This rendering certainly packs more Mustang cues than the Mach-E even dreams of but my bigger point is why does it need to be named Mustang just over styling cues? The other carmakers listed above managed to find their own path, why not Ford?

The saddest part is Ford already owned another icon that had been around in Australia for as long as the Mustang has been in the USA.

The Ford Falcon may have been a humble economy car here in the USA but it did come in various body styles. Humble as it may have been, it also was the platform on which the first Mustang was built. In the Land Down Under however, the Falcon was an icon of performance.

The Falcon XB Coupe, that came in Cobra trim that won the 1977 Bathurst 1000 (and more widely known as the Mad Max police car)

The Falcon Ute, an Aussie icon, that came in XR6, Pursuit and Super Pursuit performance models…

And the Falcon sedan of Aussie Supercar series fame, also offered in XR6 and other performance variants. 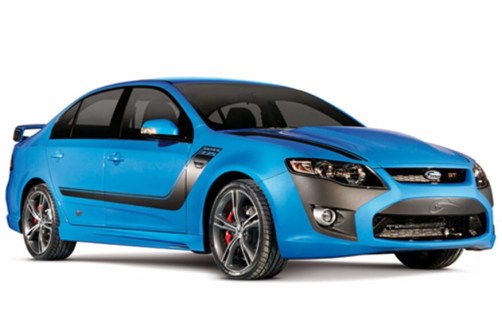 So Ford, you had the chance to revive an iconic brand you already own, open the door to a new future with the ability to offer both performance and utility in many forms, all while preserving the rich heritage of the model known as “Mustang.”

It just goes to show with so many resources at your disposal, you failed to do your homework. Instead you produce a bastardized SUV with Godzilla’s cell phone slapped on the dash. You let everything be driven by numbers and what you perceived as the safe route go, despite the gut of so many telling you it was wrong. The sad part is you still know it and are trying to convince yourself that just because you produced an EV  crossover that it still somehow deserves to wear the name of America’s most beloved automotive icon. The original Pony car, the essence of a segment and one that has endured for over a half century.

Did any of you think for even one second that there is no damn way Steve McQueen would look at this and say it was cool? Did any of you even think for a moment this car was poster/wallpaper material?

No, because you know in your hearts it damn well doesn’t come close. Damn you, Ford for believing in such a foolish idea long enough to actually bring it to production. All of the people that brought verve and inspiration when I watched “A Faster Horse” just fell to the bottom of the Grand Canyon.

Don’t bother getting up. Someone more passionate needs your jobs.